Helping more people to be healthy and happy

GUANGZHOU, China, Feb. 8, 2021 /PRNewswire/ — On January 31, 2021, a special exhibition celebrating the 10th anniversary of the founding of Infinitus Mutual Help Organization (Infinitus MHO) was held at Infinitus Xinhui Production Base in Jiangmen, Guangdong province. The goal of the six-month-long event is to share the outcomes that Infinitus MHO has achieved over the past ten years since its inception in 2011. 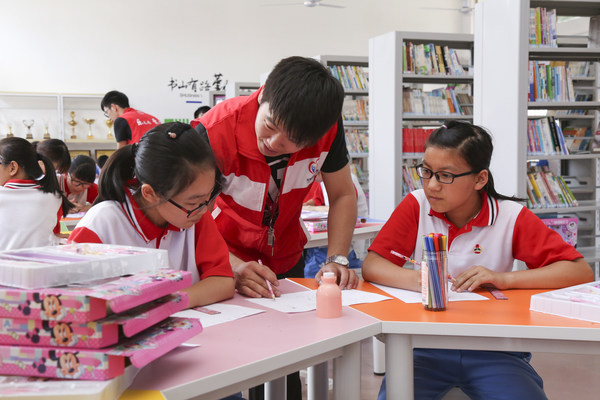 Infinitus (China) Company Ltd. joined hands with several partners to found Infinitus MHO in January 2011, and, upon receiving the approval of the Jiangmen Municipal Civil Affairs Bureau, registered the entity as a non-profit social organization. With the mission of taking little acts of kindness and bringing them together to create a greater and more meaningful contribution to the betterment of society, the organization is not only committed to helping people in need as well as people with disabilities, but also to facilitating other social welfare projects. Of note, Infinitus MHO was accredited as a charitable organization in October 2019. As of January 2021, the organization had donated 18.49 million yuan (approx. US$2.8 million) to many public welfare programs, including Reading Space for Children’s Dream, a program which has helped numerous primary school students in rural areas improve their reading proficiency and promote their spiritual growth.

Jiangmen’s many remote rural elementary schools suffer from libraries in states of disrepair and limited book collections, which has long led to students’ reading levels being inferior to those of their urban peers. "In the past, the students would often fail to find a book suitable for them at the library," said Lao Wenjie, principal of the Siyi campus of Kaiping Shatang Primary School. "I become quite worried about the situation."

In 2015, Infinitus MHO formally launched Reading Space for Children’s Dream, choosing the Siyi campus of Kaiping Shatang Primary School as the first beneficiary. With the help of Infinitus MHO, the dilapidated campus library was fully refurbished and equipped with new books, bookcases, desks and chairs, in addition to electronic reading equipment.

Since then, at the rate of helping one or two schools per year, Infinitus MHO has built similar Spaces at six additional schools throughout the Jiangmen region, including Xinhui Linhu School, Xinhui Primary, Heshan Zhaiwu Primary, Enping Encheng the Third Primary, Xinhui Jiuzisha Primary and Taishan Baisha Town Juzheng Primary. The program has benefited more than 10,000 students, increasing their weekly reading time by about two hours on average.

On April 23, 2020, a day that marked the 25th World Book Day, Infinitus MHO, in concert with Sina Guangdong, rolled out the program of Lighting Up Dreams for Children, rippling the topic about reading to Sina Weibo, a social media platform, where, to date, posts related to the topic have generated 4,969,000 views. As part of the program, Infinitus MHO donated 200 sets of popular science books to 100 families in need, receiving Sina Guangdong’s 2020 Guangdong Annual Public Welfare Action Award.

Huang Jianlong, chairman of Infinitus MHO, said, "Infinitus MHO will play a greater role in bringing wellbeing and happiness to more people, with the aim of revitalizing rural education in and around Jiangmen and creating a promising future for the next generation."