MILAN, Italy, July 3, 2020 /PRNewswire/ — On June 5, 2020, "Endoscopy on Air", an on-line international GI endoscopy conference led by faculties from 23 cities worldwide has attracted more than 20,000 viewers. The event touched upon the full spectrum of diagnostic and therapeutic endoscopy through the live streaming of more than 50 cases. SonoScape participated in the event as the silver sponsor.

SonoScape started as one of the top ultrasound manufacturers globally, but it refused to be limited by its own shadow. Since the establishment of its endoscopy division in 2012, the company keeps up its incredibly fast pace in product development. The latest and much-praised HD-550, a Full-High-Definition video endoscopy system is now paired with a 4-LED light source, setting up a major milestone on SonoScape’s product roadmap. The system delivers a noticeably boosted performance. At every turn, the added brightness allows even more image details, under both White Light or chromoendoscopy SFI/VIST modes.

"This is one of the best endoscopic images I have ever seen." Dr. Maselli commented during her procedure: "Plus, the aspect of extensive vascular ectasias in the stomach is clearly revealed, as it becomes much more noticeable under the SFI mode." 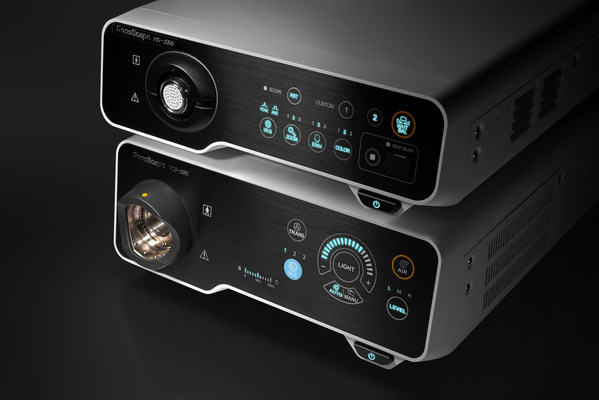 SonoScape’s HD-550 system paired with the 4-LED light source: the system was used on “Endoscopy On Air” to perform two of the live streaming cases.

Founded in 2002 in Shenzhen, China, SonoScape has committed itself to "Caring for life through innovation" by providing ultrasound and endoscopy solutions and delivering first-rate services. At the end of last year, SonoScape combines its two strongest know-how in sonography and endoscopy, and presents its first echoendoscope EG-UR5 to the world. It now has seven R&D centers in Shenzhen, Shanghai, Harbin, Wuhan, Tokyo, Silicon Valley and Seattle.