WUZHEN, China, Nov. 19, 2019 /PRNewswire/ — The 10-day theatre festival, held from October 15 – November 3 featured 141 performances, including 28 stagings of the world’s most well-known works and 60 performances by 18 teams participating in the Young Theatre Artist’s Competition. 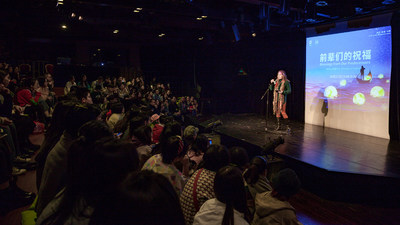 Drama lovers from around the world gathered in the ancient water town along the Yangtze River to enjoy the magic of theatrical art. In addition to 14 Wuzhen Dialogues, five drama workshops, five IATC youth drama review workshops and ten reading sessions created a bridge between the stage and the audience, showing the world the maturity and astounding growth of the Wuzhen Theatre Festival brand.

Artists From 13 Countries Demonstrate The Magical Pull of Drama

One highlight of the festival was its list of performances of some of the world’s most well-known plays, with 141 performances covering 28 plays from 13 countries. The Master Surge, Classical Vortex, Avant-garde Tsunami, Innovation Undertow and Academic Ripple are a few examples of the many plays brought to life by contemporary masters of theatre tasked with showing the magnificence of the world’s theatrical art to a global audience.

At 7 pm on October 25, Yury Butusov kicked-off the festival with Anton Chekhov’s classic, Three Sisters. Then, several masters of drama, among them, Michael Thalheimer, Theodoros Terzopoulos, Konstantin Bogomolov and Philippe Genty, took turns performing. The performances of Chinese and international artists at the same venue not only broadened the minds of the audience but also successfully built a bridge connecting this rural paradise to the world. 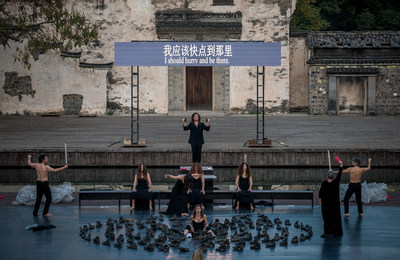 The Trojan Women show in Wuzhen

Through the two-way cultural communication consisting of "bringing in" (gathering diverse drama cultures) and "going out" (supporting the growth of creators), the Wuzhen Theatre Festival strives to break the barriers of language, space and time. By doing so successfully, it has gained a reputation among drama lovers worldwide.

The Wuzhen Theatre Festival inspires more people to love art and dedicate themselves to creation, giving free rein to the blending of world cultures and offering a chance for the dramatic arts to penetrate the lives of ordinary people.

Transforming Wuzhen Into A Cultural Oasis

The Wuzhen Theatre Festival has become a synonym for Wuzhen. Yet, Wuzhen is not limited to just drama. It welcomes all art-related forms and elements that constitute the pioneering of new cultures.

During the festival, every inch of space, combining land, water and air became a three-dimensional art space. Performance art has become engrained around the world to such an extent that it now forms an indispensable part of world culture, born out of long-standing diverse arrays of local customs and traditions. This new world culture was on display for all to see through "cross-border" initiatives that could be seen throughout Wuzhen, giving visitors multiple opportunities to immerse themselves in the town’s global cultural atmosphere. In fact, Wuzhen itself is a drama comprised of all art forms, in which everyone plays out their own unique story — Here, there is enough room for everyone and any art form to develop. 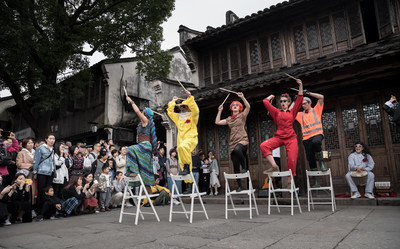 The Wuzhen Theatre Festival is becoming ever more open and lively. From the traditional intangible cultural heritage to large contemporary public space installations, the festival offers a wide range of dazzling and dizzying performances.

The combination of the nourishing and feeding of art is also a significant feature of the festival. In the not so distant past, visitors came here to view the ancient canals, bridges and houses typical for a village in this region. Now, visitors can encounter contemporary art in addition to taking in the familiar landscape of yore.

The 8th Wuzhen Theatre Festival, with the theme of ‘Flourish’, is scheduled to be held between November 5 and 15, 2020. Organizers promise an even more eye-popping event next year. 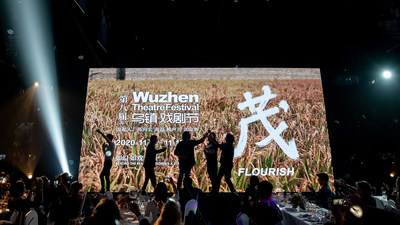 “Flourish” – The Theme of the 8th Wuzhen Theatre Festival