One emerging lesson from the coronavirus epidemic, in China as well as in the rest of the world, is that while everyone may be affected, those who are already vulnerable are those who are likely to be more severely impacted. People who are already vulnerable have in fact less capacity to cope with the impact of such infection: they have limited access to social services, medical or social protection, and have less capacity to cope economically with the consequences of an outbreak. 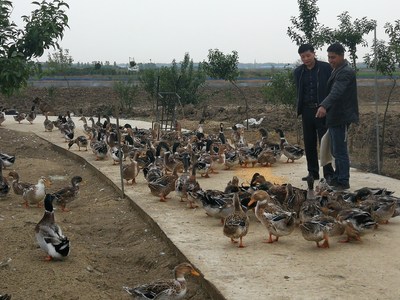 I.       Why caring about the smallholders

To appreciate how the new coronavirus epidemic has impacted smallholders, we need to look at their main sources of livelihoods. Smallholders depend on the production and sale of agricultural products – although this source of income represent a decreasing share of their income, probably something between 10-20 percent. Increasingly, they depend on informal or seasonal on- and off-farm employment, and – more and more – on the remittances from family members engaged in urban employment (which contribute to an estimated 44 percent of their income).

II.    The impact of movement restrictions on employment, production, and sales

All the three smallholders’ main sources of livelihoods have been severely disrupted by the COVID-19 outbreak. Lockdown and movement restrictions had in fact an impact on employment, particularly for migrant work. Assuming, conservatively, that 75 percent of rural migrants were confined to their villages during the two-month lockdown,a group of researchers from the Rural Education Action Program at Stanford University suggested that possibly 200 million rural individuals have not been working during the lockdown period. If, as reported by Reuters, only 2.3 million people received unemployed benefits so far, the number of workers who have not received a salary for at least two months is extremely high.

III.    The resulted impact on income, food security and nutrition

Overall, the main impact of the measures implemented to contain the impact of COVID-19 had an impact on income. According to CAAS estimates, farmers are expected a decrease in income between 10-40 percent. 80 percent of the surveyed farmers by CAAS expected more than 20 percent income decrease. Interestingly, the observed impact on the non-poor (but probably close to the poverty line) was higher than on the poor, possibly because the poor had access to some form of social protection that the non-poor were not eligible to. This makes the non-poor but close-to-poverty households further vulnerable, and at risk of falling into poverty.

The immediate impact of the reduction in income was a reduction in expenditures. According to a survey conducted by the Rural Education Action Program in seven provinces, the experienced reduction in income led to a reduction in expenditures for food consumption. Particularly, it was observed a reduction in the "quality" of the purchased food:frommore nutritious but more expensive food, to low-cost staple food. The immediate implication is that, despite food availability and food prices have overall remained stable during the period of the crisis (although many households reported an increase in food prices), reduced purchasing capacity because of falling income may lead to periods of food insecurity and malnutrition among vulnerable rural households.

The impact of the reduction of income on savings and assets has not yet been analysed – but it isplausible to hypothesize that poor households might have sold their assets and eroded their savings to cope with the crisis, making them more vulnerable.

First, while the effect of the measures implemented to contain the Covid-19 hit everyone (the whole economy has contracted by 6.8 percent in the first quarter, according to the National Bureau of Statistics), the impact on smallholders (and particularly on those that are either poor or above but close to the poverty line) seems higher because they are already vulnerable.

Second, with a gradual pick-up of the economy and a gradual "return to normality," the short-term impact of COVID-19 may be contained and absorbed. In fact, what may likely happen is that fewer people may escape poverty than would have in the absence of the outbreak.

However, the longer-term impact may be greater: a large share of the population may have become more vulnerable and at risk of falling (or falling back) into poverty in the event of a new shock – be it a new outbreak, an unexpected drop in commodity prices, or a poor harvest due to unfavorable weather events.

This is no surprise. The Government is aware that one of the main challenges in the years after 2020 will be to reduce vulnerabilities and avoid that people fall (or fall back) into poverty.

IFAD will continue to support China’s strategic focus on rural areas and rural people as an integral part of its rural revitalization strategy. Fostering rural communities that are increasingly resilient to shocks will be one of the main areas of cooperation.

Matteo Marchisio is the Country Director and IFAD Representative (China, Republic of Korea, and DPRK) and Head of East Asia Regional Hub and South-South Cooperation Center.

Opinion articles reflect the views of their authors, not necessarily those of China.org.cn and Chinagate.cn.

Source: The impact of COVID-19 on smallholders in China

The events unfolding this week have shown clearly that Malaysia did not have any Emergency...

Malaysia has seen a rise in scaremongering around what has been termed ‘the obesity crisis’....

About Us
Placemaking
Resilience
Analytics
Conservation
Media Room
Contact Us